What is a Fire Rated Wall?

No I’m not talking about your computers network security systems.

I’m talking about Fire Rated Walls within a building which restrict the spread of a fire for a certain period of time. These fire rated walls provide a building with the ability to limit the impact of a fire.

However a fire wall is just one form of protection. The building code requirements related to how large or tall a building can be, its egress components, fire sprinklers, type of construction, opening limitations and protection all work together for the purpose of establishing a reasonable level of safety to life and property from a fire.

And a fire wall is just one of those very important construction features required to provide some degree of fire resistance. But did you know there are 3 categories of a “Fire Rated Wall” outlined within the International Building Code? Each one with a different purpose.

Chapter 7 of the International Building Code (IBC) details the requirements for fire resistance-rated construction assemblies, such as a Fire Wall, Fire Barrier, and Fire Partition.

The first type of fire rated wall assembly is a Fire Wall. Let us take a look at how the Building Code defines a Fire Wall:

Fire Wall – A fire-resistance-rated wall having protected openings, which restricts the spread of fire and extends continuously from the foundation to or through the roof, with sufficient structural stability under fire conditions to allow collapse of construction on either side without collapse of the wall.

The construction requirements for a Fire Wall are found in Section 706 of the International Building Code. A Fire Wall is more restrictive than a Fire Barrier or Fire Partition because of the purpose it serves.

Unlike the other two, a Fire Wall must be constructed in such a way that it will remain in place if the structure on either side were to collapse.

The purpose of a Fire Wall is to divide a structure into separate buildings to achieve compliance with the allowable building area limitations for a structure as outlined in Chapter 5 of the Building Code.

The concept to understand here is that Fire Walls can be used to create smaller buildings within a larger one so that the code can be applied to each “area” or smaller building individually. This is achieved with a vertical separation such as a Fire Wall.

Also the materials used to build a Fire Wall must be non-combustible for every Type of Construction Building, except for Type V.

The minimum required fire-resistance rating of a Fire Wall is determined by Table 706.4.

For example when looking at the above Table, a Fire Wall separating a Group S-2 occupancy will require a 2 hour fire rated wall.

This rating is expressed in hours and it is the period of time in which a fire wall assembly can maintain the ability to withstand a fire while continuing to perform its given structural function as determined by standard test methods as prescribed in the code.

Since a Fire Wall is used to create separate buildings, it is also important to note that the required fire-resistance rating of the wall assembly must comply with the more restrictive occupancy in the Table. If two occupancy groups are separated by a Fire Wall and each occupancy requires a different rating, the most restrictive value shall apply.

Fire Barrier – A fire-resistance-rated wall assembly of materials designed to restrict the spread of fire in which continuity is maintained.

The construction requirements for a Fire Barrier are found in Section 707 of the International Building Code. Fire Barriers are used for several purposes, such as to separate mixed occupancy spaces, exits, incidental uses, shafts, hazardous material control areas and fire areas.

A Fire Barrier wall assembly must be continuous from the top of the floor or foundation to the bottom of the roof deck or floor assembly located above.

As for the materials used to build the Fire Barrier, it shall be of any material permitted by the Type of Construction for the building in which the Fire Barrier is located.

When it comes to providing a fire separation between fire areas, Table 707.3.10 is used to determine the minimum required fire-resistance rating of the Fire Barrier.

Fire Partition – A vertical assembly of materials designed to restrict the spread of fire in which openings are protected.

A Fire Partition is usually the least restrictive out of the three categories of fire rated walls mentioned here.

These conditions or various exceptions are outline in Section 708.4.

The minimum required fire-resistance rating for a Fire Partition is simple, it shall have a rating of not less than 1 hour.

There are however only two exceptions to this.

This is different from other forms of protection such as automatic fire sprinkler systems which are actively trying to suppress a fire. Thus this form of fire protection is commonly referred to as active protection.

So in conclusion, Chapter 7 of the International Building Code (IBC) details the requirements for fire resistance-rated construction assemblies, such as a Fire Wall, Fire Barrier, and Fire Partition.

Studying for an exam? Check out one of our Practice Exams 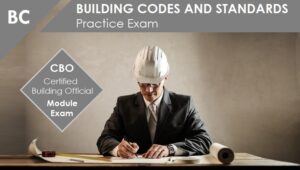 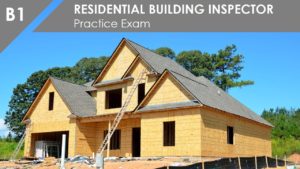 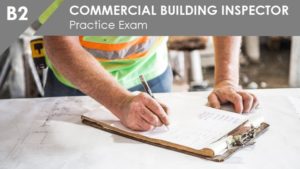 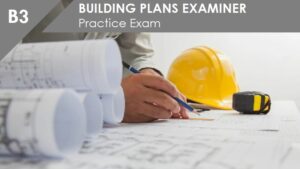